One of a consular officer's many different recurring nightmares involves what's happening right now: the mission shuts down and, while American citizens will be served somehow, the visa applicants are out of luck.

It is extremely tempting to simply ask those wishful customers to re-join the queue at the far end, and start all over again, feeding the Backlog Beast. 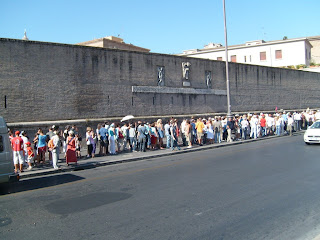 Of course, such a tactic could create immense hardship for many of those customers; will complicate the appointment process; and will spark many, many email and telephone appeals both from the customers themselves and from every other office inside the mission as friends, colleagues, interlocutors, suppliers, informants, and distant relatives beg them to act as intermediaries. But that, as many might say, is just a part of the regrettable complexity of needing or wanting to travel to the US.

Or the consular section, when it re-opens, could essentially throw open the doors and double or triple its intake and processing until the backlog is gone and the office has returned to what should be its normal schedule of 2-5 working days for the first non-emergency appointment.

Can't be done? Of course it can. Both before and after the near-universal system of NIV appointments, alert, creative, courageous and humanitarian consular sections all over the world have been able to devise ways to suck in and spit out both successful and un- applicants as efficiently and effectively as a Dyson DC41. They borrow LES employees from other sections; they have a firm talk with the RSO; they shorten interviews by half or more (no, the applicants don't 'deserve' longer interviews that necessary in order to get value for the application fee); they refuse to listen to any 'Yes, but..." They get it done.

And the best consular managers are already working on that plan to catch up: are already lining up those LES; talking with the RSO; assuring interviewing officers that an NIV decision can actually be made, in 90% of cases, in less than one minute. By COB today, that plan will be in place and ready to spring up and trap the Backlog Beast. 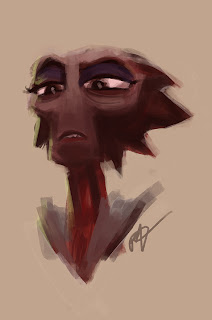 The results of not feeding the Beast? Crowds of relieved customers and relieved colleagues; a huge cloud of local good will at every level of society and government; and grateful astonishment that the US mission would care enough about ordinary local nobody-specials to treat them as they would want to be treated.

Imagine that. Diplomacy at its finest, consular style.

Madam consul, I am a first tour consular officer myself and I follow this blog with interest. But I'm a little nervous in case my bosses see this post and take it to heart! I can't help but think that that if my consulate were to double up on interviews the line officers would be dropping like flies. Already most NIV officers do 120+ interviews per day and are on the line for 6-7 hours at a time. Is it always the line officer that has to give when the system breaks down?

Dear JDC: It seems so, doesn't it? although it shouldn't.
Once ACS is under control, ALL consular officers at post should be working to kill the Beast. And all means all: everyone, whatever the assignment, whatever the rank.
Madam has seen - for example - IV employees, both LES and US, essentially fiddling with paperwork while NIV burned. This is so wrong that someone should create a new word for 'wrong' because 'wrong' is not 'wrong' enough.
On the other hand, Madam also remembers with great fondness and admiration the extremely senior consular manager who closed his office door, strolled to a window, logged in, and handled twice as many applicants as the regular line officers, not just for a few hours but whole day after whole day, and appeared to enjoy every minute of it. That amused and heartened the entire consular staff so much that they murdered the backlog in record time.
THAT is leadership.

Ah. That does sound more reasonable. :)