From one of Madam's favorite web sites, a photo that reminds her irresistibly of a typical Amcit emergency. 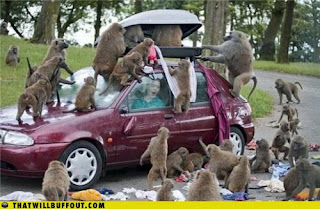 Of course, the rental agent assured the tourists that the car-top carrier was perfectly aerodynamic, could hold all their luggage, and would not fall off.  There is, however, no mention of its being burglar-proof.

And which of the monkeys is eating the passports?  Ah, that one.
No comments:

Consular sections find so many ways to communicate with the public, and Madam has yet to hear of a single method that either failed or that the section regretted.

The first is someone's personal web page that has linked to the official embassy web site's emergency evacuation information, in a country where evacuation could be a serious issue.  While the consular section didn't deliberately draw attention to its page, it did at least make the information available to be found.  How many consular sections have any such information available to the public at all?  Sadly, very few.

The second example is more forward:  a regular feature in a local newspaper, no doubt negotiated and agreed to by the consular section and the paper itself.  Notice that the the newspaper filters the possible massive flood of queries (it is, after all, Jamaica), a flood that the consular section might struggle with, and the result is win, win and win.

In places with high rates of student applicants, consular officers meet regularly with groups of students to explain the visa process and - if the F1 refusal rate is high - to encourage students to not put all their eggs into single baskets.

Some consular sections participate in on-line lists and groups, or at least follow them to see if misinformation is being passed around, and to correct those errors.

Some write regular columns for the local newspaper.

Some schedule regular "ask the consul" on line forums.

One section, in a country where it was rumored to refuse all NIV applicants, simply posted its monthly issuance numbers on its outdoor bulletin board. 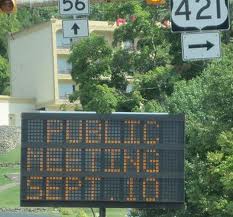 Every consular section that has used any one (or several, bless their hearts) of these methods has found that the phones ring less and the public hostility scales back.  The worst that has happened, in Madam's knowledge, is that a few individuals in public meetings became aggressive, and were deftly brought under control by their fellow countrymen.  Communicating actually reduces the workload rather than increasing it.  And it makes it appear that we have nothing to hide.
No comments:

Please Put Them On

Two different IG reports describing similar conditions but very different results recently came to Madam's attention.  Both reported semi-absentee consular management, but in one this absenteeism had created chaos, open cruelty, crying in the rest rooms and possible resignations while the other had caused first tour officers to band together to produce quality products on their own.

What was the difference?  What crucial management behaviors allowed ELOs to soldier on in one case, while forcing them to offer up one another for human sacrifice in the other?

Madam contends that there was no difference that mattered.  No one made the out-of-control ELOs rip at one anothers' jugulars; no one allowed the Little Ship Steered From the Engine Room to stay reasonably on course.  To work and behave as they did were the choices of the officers themselves.

While management in the Lord of the Flies-like post received a well-deserved trouncing from the OIG (as did that of the Little Ship, but far more lightly), in the end it was still the officers' own responsibility to implement the training they had received, use the FAM as it was written, and behave civilly and adult-ly to one another, to consular customers, and to the local staff exactly as their mothers probably once had taught them.  WTF did their parents pay for college educations for, if these children reverted to savagery at the first opportunity?  And what do these reversions imply for the children's professional futures?  One shivers to anticipate a DCM who found the Flies posting to his or her liking, and is carrying those lessons to a position of power.

Does Madam even have to write a conclusion here?  How about this? 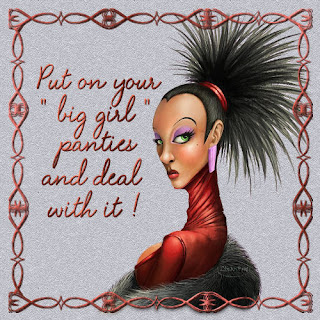