Yes, They Are Still Called Customers

After some inexcusable time off, Madam returned to this site to discover a long-pending comment on a prior entry.

Being as pique-able as always, Madam deleted the comment (with some force) before noting which of her specific posts it referred to, and she can't quote it exactly. But roughly the commenter claimed that calling visa applicants 'customers' is no longer in fashion.That 'Disney-esque behavior,' the person noted, 'went out of fashion on 9/12.' They are 'applicants' and 'the public.'

Oh child, where to begin? 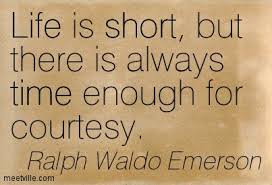 9/11 was not perpetrated nor performed by any one of the scores or thousands of applicants for consular services who have appeared before you since that date. If you have been rude to the utterly innocent because some totally different people perpetrated a criminal outrage, Madam must admire your ability to hold a senseless grudge for more than a decade and a half, but she must also admonish you for your utterly cruel irrationality.

If, when you open your service (yes, service!) window every morning, you glare out into the waiting room with hostility and suspicion, you are tainting your career and your life with your own fear of the extremely unlikely. You have, besides, abused the English language. Merriam-Webster defines the word 'customer' as, 'one who purchases a commodity or service.' There is no implication of murderous intent in that word, even if, in the end, the customer only purchases a 214(b) refusal. But most of them won't, will they? And were you nasty to them, even while providing the service they deserved? If so, shame on you.

Do you remember the part about how you can catch more (ants?) with honey than with vinegar? You are far more likely to hear the truth if you speak to your customers with kind civility rather than accusatory hostility.

And it will be far easier for you yourself to digest your lunch.