We Seem to be Doing Better...

A correspondent has noted, regarding Madam's most recent complaint about persistent, shocking and insulting delays in NIV interview appointments, that in a few selected posts "we seem to be doing better."  Madam can't help but ask in return, "Better than what, please?"

In how many country team meetings does the consular chief mention, usually with a game but apologetic smile, the pressures and difficulties facing the line officers, the overtime they work (or, more usually, do not work), and the constant calls and emails begging for earlier appointments?  Everyone utters an embarrassed sigh, shuffles a paper or two, and the talk passes on.  Sometimes some poor clueless first-tour officer is given the task of somehow 'fixing' the problem and, while his/her ingenuity and energy can then figure into flattering comments in an annual performance review, s/he ends up leaving the post no better than it was when s/he arrived, and often even worse.  More often, an appointment system imposed from outside is the favorite culprit:  easy to blame Washington, no further details needed.  And as for the problems of touts, of appointment selling and other misbehavior, not a peep except, again, that sigh of resignation.

Pardon Madam if she observes that the smiles, sighs and shufflings remind her far too much of the most popular girl at the prom complaining that her dance card is already full, and what is the poor modest child to do? 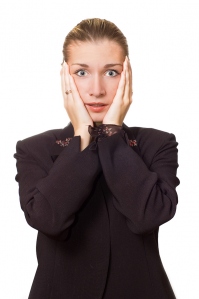 Well, how about taking her responsibilities seriously, pulling up her big-girl socks, STFU-ing about how she didn't spend X years in college to "sit on the visa line," opening her weary eyes to the wonderful opportunities presented by meeting a hundred or more 'locals' every day, and doing the work she's being paid to do which is, at its heart of hearts, issuing visas to bona fide nonimmigrants promptly, courteously, and through a process devoid of flimflam, bribery, theft, touts, thugs, travel agents, and the general tackiness that makes us look stupid, ridiculous, hateful, uncaring and incompetent?  And if the post's appointment system gets in the way of that work, it must be tweaked, fixed, or trashed and replaced by one that works properly.  Today.  Period.  And no, that is not impossible.  And yes, it can be done.  Madam did it more than once, and if she can do it, so can anyone.
No comments:

...and the band plays on


Far below the radar of yesterday’s hot news and tomorrow's birdcage lining is the humble truth of professional FSOs all over the world getting up in the morning and getting on with their jobs.  The fawning, semi-accurate newspaper pieces extolling FSO service in dangerous places are fading to two-paragraph op-eds, if even those.  The emailed/Skyped assurances and explanations to anxious friends and family members have been proffered, misunderstood, explained and re-explained.  There are no mobs howling, no guns firing, no virtual terror, no genuine terror, no murder, just today’s queue of applicants for the services to which most of them are entitled.

And what are we doing about that?

A totally arbitrary wander through the “Visa Wait Time” page at travel.state.gov present posts where the wait for an ordinary B1/B2 visa appointment – not the visa itself, just the opportunity to apply –  ranges from one to 118 days.  Now, math was never Madam’s strongest subject so please correct her kindly if she gets this wrong, but aren’t 118 days almost 17 weeks?  Aren’t 17 weeks about four months?  Madam’s mind boggles at the number of desperate/disbelieving/dismayed/disgusted calls, emails, and button-holings that every member of the embassy staff must receive every day, begging for or demanding either an earlier appointment or a referral.  She wonders if anyone in the building has time to do anything – such as their actual assigned job responsibilities – other than fighting to hold back this flood.  She wonders – although she probably doesn’t need to – how this issue makes the post look in the eyes of the people they are there to serve. 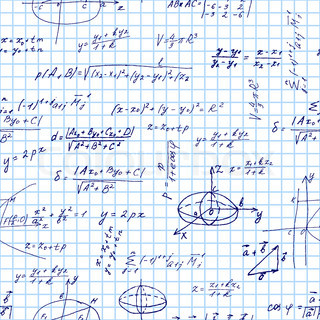 This post apparently processed about 40,000 NIV applications in 2011.  With, let’s say, 365 days per year, 104 of which are weekend days, we are left with 261 weekdays of which there might be, let’s just say, 30 holidays.  That makes for about 173 visa applications per working day.  Even if the number of applicants increased by 15% in 2012, that still means less than 200 per day.  Unless there is only one interviewing officer working, Madam fails to grasp how the post can explain this to the public without prompting outright derision, or if it even bothers to explain it to the Bureau of Consular Affairs, an august but long toothless body that has not, in many years, had the wherewithal to order a consular chief to get out of his/her comfy chair and out from behind the computer screen, open the office door, roll up the sleeves, and provide some of the customer service he/she is paid to provide.  And in the meantime, set a decent example for the troops for a change, just because.

Sheesh, Madam mutters.  Go away for a little while, and when you come back it’s still as Mr. King so rightly explained, SSDD.
3 comments: