Once upon a time there was a consular section with a very high NIV refusal rate, a customer base that insisted on queueing up at 3 AM, and a layout that required consular officers coming to work to pass that queue.  Habitually, the officers would stride along the sidewalk with a no-nonsense gait and eyes firmly fixed anywhere except on the waiting applicants.  One officer, however - a large and naturally cheerful soul - would smile, make eye contact, and greet the people as he rolled along.  They would respond with smiles, straightened posture, and startled hope.

When he interviewed these applicants he refused nearly all of them, exactly like his colleagues did.  Interestingly, however, although the culture was one of determined complaint in the face of any adversity, this officer's refusees only rarely complained.  And when the did complain, they always complimented him and only griped about the law.

Is there a lesson here?  Well, of course, and here it is:   A very small amount of effort can yield positive feelings, even in the face of disappointment.

Do positive feelings matter, especially now that the NIV process is so complex that officers don't often even make eye contact with their applicants?  Madam would insist - and often does - that positive feelings are more important now than they ever have been.  American's current reputation in the world is very low; more than anyone else, a consular officer can lift that reputation for the applicants he meets.  And Madam would argue - long, loudly, passionately and tiresomely - that he should.  Rather, he must.  Period.


Appointment systems were one of the first innovations to improve applicants' experience.  (Never mind that that wasn't usually the systems' goals.  They still worked that way.)  So why are they so often so badly done?  It does no one good to give a customer an appointment that you have no intention of honoring.  And yet that is the effect of most such systems.  Does it annoy you when your doctor or dentist lets you sit in the waiting room for an hour or more?  So why do consular officers routinely do that to their customers?  There is no good answer to this, and it should not occur.  Not ever.  Your appointment system is dysfunctional?  Fix it.  Period.

What else could be fixed to make customers' experience more positive?  That's a very good question, and one that could be easily answered by any knowledgeable consular officer who is willing to get off a chair, come out from behind a computer, walk through the process as if he were an applicant - that is, a real human being who made an appointment and has other things to do today - and determinedly fix any hiccup that slows him down.  Period?  Yeah, period.
2 comments: 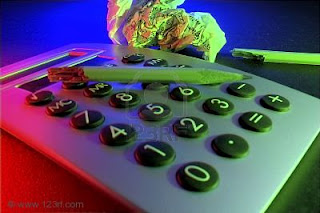 A 2004 GAO report estimated that one-third of illegal residents in the US - some 2.3 million - had entered with valid visas or through the VWP, and then had overstayed.  Efforts to refine this number were only partially successful, but all pointed to high rates of overstay:  31%, 27% and 57%, not taking into account the large number of Canadian and Mexican visitors who did not complete I-94 forms, nor the numbers of visitors who overstayed for relatively short periods of time and then went home.  And these numbers don't all account for changes and adjustments of status by those who entered with B1/B2s.

While this and other such reports emphasize security and terrorism concerns to justify efforts to track overstays, we must remember our role in this:  security risk, terrorist, or Greek restaurant dishwasher, many of these individuals received visas after interviews with consular officers.

Making it worthwhile, Madam believes, to remember that in a visa interview, the correct answer to a consular officer's inner "I don't know" is 214(b).

A note - if a reader knows of more current or accurate stats, please post links in the comments.  Thx!!
No comments:

"Welcome to the Electronic System for Travel Authorization Web Site"

... is another's Luanda, we sometimes say, and vice versa. 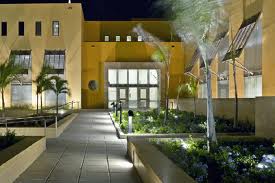 ...but a consular schedule that might daunt the most hardened travel lover.

The post just announced an upcoming consular visit to the British Virgin Islands to provide US citizens' services.

Still not impressed?  How about the fact that US Embassy Barbados is accredited to seven different countries - more, as the State OIG points out (see pages 4 & 5) than any other mission in the world - and has varying degrees of responsibility for numerous other European possessions.  The chart on page 5 of the OIG report should serve to put Paradise in perspective:  it's not only warm and sunny; it's diabolically complex, with consular responsibilities for Anguilla, Antigua and Barbuda, Barbados, British Virgin Islands, Dominica, Grenada, Guadeloupe,  Montserrat, Martinique, Netherlands Antilles (Aruba, Bonaire, Curacao, St. Maarten, St. Eustatius and Saba), St. Barthélemy, St. Kitts and Nevis, St. Lucia, St. Martin, and St. Vincent and the Grenadines.

Never mind that, stuck all together, the total land area of consular responsibility hardly adds up to Kansas:   that is a lot of air time (much of it requiring third-country transit, all of it requiring at least one and usually two overnight stays) many times per year.  But the consular section soldiers on.  Fly on, Barbados!
2 comments: