There was a time when Madam believed that there were still depths to which the USG would not stoop.  No more.  The new ESTA fee has finally served to reach those ultimate depths.  At least this month.

In case you might have missed it, the Travel Promotion Act of 2009, signed into law earlier this year, implemented a new "public-private partnership" between the U.S. government and the nation’s travel and tourism industry.  (Since said industry is so responsible with its cash, apparently, and since similar ventures have worked so well in the past.  Please excuse Madam while she gags.)  That partnership will be financed by $10 of the $14 ESTA fee.

Never mind, if you wish, that every visitor already spends an average of $4,000 in the US per visit.  Never mind that tourism revenues total $120 billion per year and support more than one million American jobs.  There had to be a way to get more.  And sure enough. 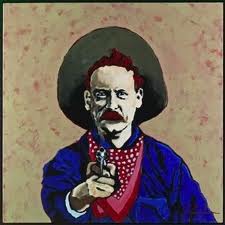 As Steve Lott of IATA told CNN, "It's like inviting a friend over for dinner and then charging them a fee at the door.  If the idea is to make the United States more welcoming and to increase tourism, raising the entry fee seems to be counterintuitive to what you're trying to do."

Mr Lott should be teaching at Diplomat School, he is so tastefully gentle with his wording.  Madam, on the other hand ... more than a year ago, you may recall, she complained bitterly and in detail about the proposed fee, which purported to be earmarked to 'promote travel to the US.'  She might have mentioned in the course of that complaint that it seemed extremely unlikely that any of the money would ever see the light of day as far as foreign travelers to the US might ever observe.  The US is widely considered one of the least welcoming of destinations to foreign travelers; creating a new public-private behemoth bureaucracy to spend $10 of every VWP traveler's money to make him glad he came ... what is the 47th degree of the word "counterintuitive?"

And to think that Madam remembers the days when US missions and the Department worked so hard to eliminate reciprocal visa fees.  How naive she was then.  And were we all.

The Travel Promotion Act of 2009, as implemented by Minitrue.