It is known as the American War, and the majority of citizens were born after it was over.  But its memories and ghosts survive, as do far more corporeal proofs that it occurred.

In nine years, the US dropped about two million tons of explosive ordinance on Laos, about 30% of which did not explode but remain in and on the ground, killing and maiming people - mostly children - and animals to this day. 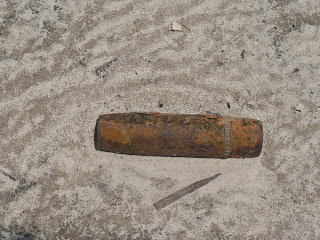 On the other hand, Madam was recently approached by a perfect stranger who thanked her for the 1944 liberation of Paris.

There are forces at work that consular officers can at least partially overcome by treating all customers with efficient, pleasant and professional courtesy.  Among the easiest to overcome are rumors and anecdotes about abuse and disrespect of previous visa applicants.  Among the hardest are "Baywatch" reruns, and history.

Americans often feel they can fix just about anything by pulling up their socks and making some effort.  This tendency is considered both a virtue and an annoyance by our friends and neighbors.  But while lousy TV shows can be lived down and laughed off to some degree, history - both deserved and undeserved - cannot.

What can individual officers do?  Be mindful in everything we do, at every moment:  we can't carry our trash to the curb without someone reaching some conclusion about us.  Carry it well.  Realize that they judge us just as we judge them, by tiny gestures more than by headlines.  Realize that they might forgive far faster than we might.  Pay careful attention during area studies.  And hone that courtesy.